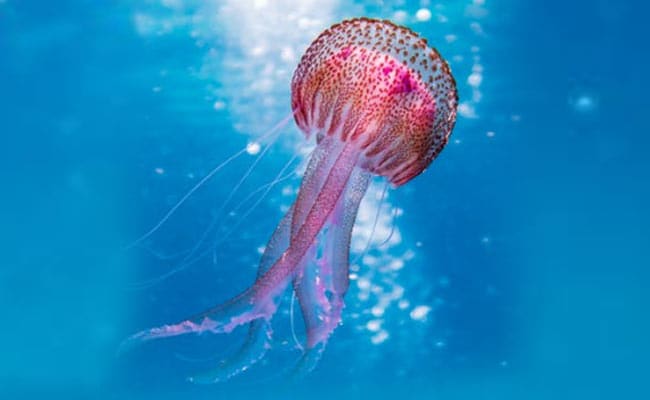 Paris, France: Thousands of them plague our beaches to the horror of holidaymakers who dread their sting, but thanks to man’s disruption of the oceans, jellyfish are thriving.

Jellyfish have been on Earth longer than we have — they are believed to have roamed the oceans for nearly 600 million years.

But human activity, from over-fishing to plastic waste and climate change, has created an environment in which they are even more at home.

The proliferation of the jellyfish could lead to what some observers are calling the “jellyfication” of the oceans, which are facing profound changes according to a draft UN report due out on Wednesday.

Fabien Lombard, a French marine biologist at the Sorbonne University specialising in the ecology of plankton and jellyfish, would not go that far.

“There are more jellyfish in certain zones in the world,” he told AFP: the Black Sea, off the Namibian coast and the Sea of Japan.

It is not clear if their presence has increased in other parts of the world, because it is difficult to actually count them, although worldwide database was set up in 2014 to track them.

Jellyfish, which were among the first inhabitants of the planet, today live in all the seas and oceans of the world and at every depth.

The invertebrates have no brain, are 95-98% water and float and swim with the ocean currents.

They are incredibly diverse creatures, appearing in a huge range of colours and sizes.

‘Absolutely incredible quantities’
Jellyfish even reproduce in different ways during their life cycles.

Adults spawn, releasing a huge quantity of eggs and sperm into the water. The fertilised eggs sink to the ocean depths before hatching a small polyp, which can then clone itself.

When vast numbers of jellyfish mass together it is known as a “bloom”. In the past these would happen at regular intervals, said Anais Courtet, a biologist at the Paris Aquarium — every 12 years in the Mediterranean, for example.