You are here: Home  /  Education  /  Labourer’s Daughter Joins Lady Hardinge For MBBS. She Cracked NEET With The Help Of Delhi Government Scheme 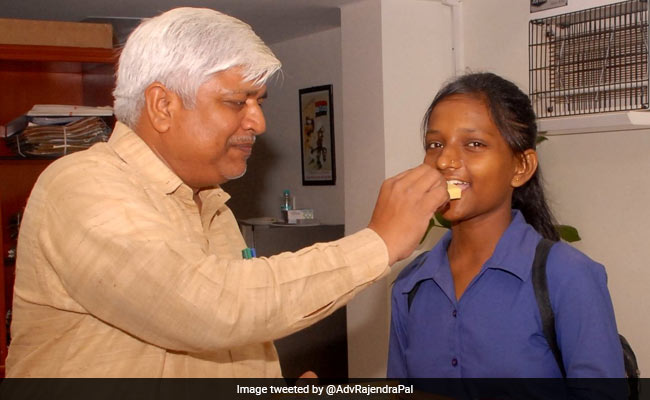 NEW DELHI: The daughter of a labourer, who has qualified NEET after availing private coaching under the Jai Bhim Mukhyamantri Pratibha Vikas Yojana, on Wednesday met Delhi Social Welfare Minister Rajendra Pal Gautam. Shashi, who was the student at Rajkiya Sarvodya Kanya Vidyalaya in GTB Nagar, has got an admission to Lady Hardinge Medical College here.

Expressing happiness over success of the scheme, Chief Minister Arvind Kejriwal said it is giving wings to the dreams of the poor children.

“If we give good education to our children, poverty in the country will be removed in one generation. I am so happy that due to this scheme poor children are now also becoming doctors and engineers. I am happy it’s giving wings to the dreams of the poor children,” Mr Kejriwal tweeted in Hindi.

This year she learnt about the Delhi government’s free coaching scheme for Dalit students — Jai Bhim Mukhyamantri Pratibha Vikas Yojana — under which she got four months coaching at a private institute, said a government statement.

Liberal Arts Needs To Be Given Equal Importance As Science And Technology: President