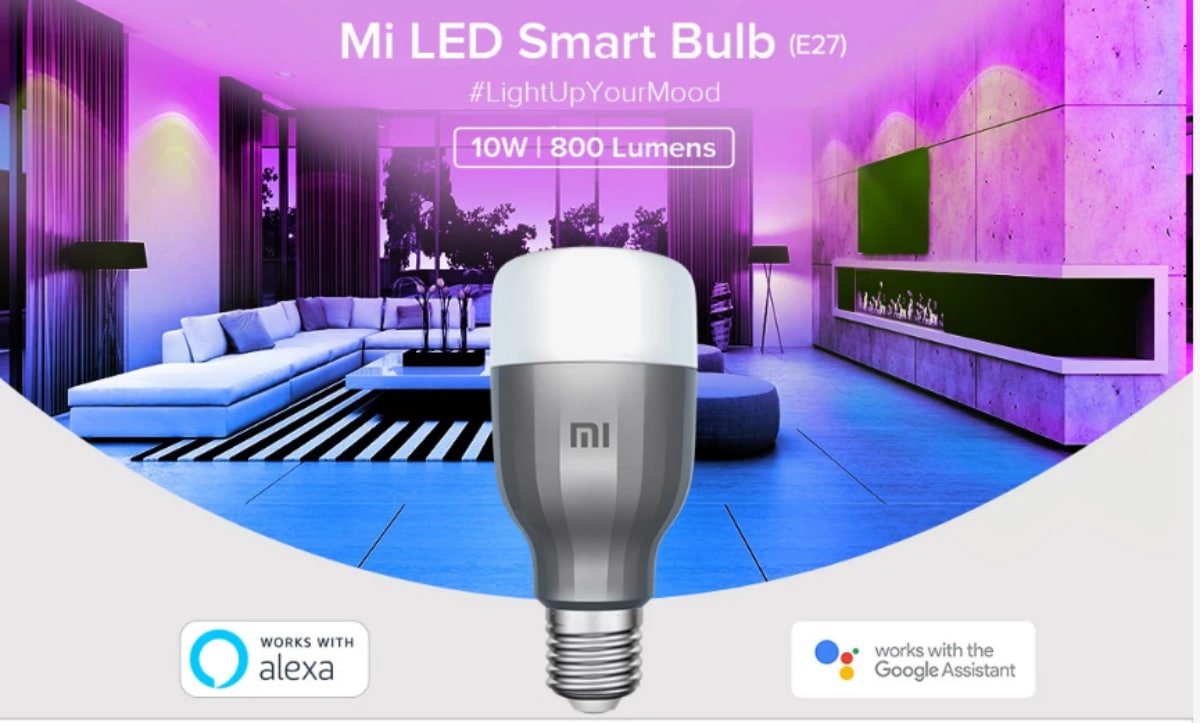 Xiaomi has announced that its Mi LED Smart Bulb is now available to buy for everyone. The smart bulb was originally released via the company’s crowdfunding platform in limited quantity in the country. The Mi LED Smart Bulb supports both Amazon Alexa and Google Assistant voice assistants and comes with a claimed “11-year” lifespan. It can be controlled using the company’s Mi Home app and supports 16 million colours. Apart from Xiaomi, the likes of Wipro, Syska, TP-Link, Halonix, and Phillips also offered smart bulbs in the country with prices ranging from Rs. 749 to Rs. 2,500.

Xiaomi India chief Manu Kumar Jain revealed the open availability of Mi LED Smart Bulb in a tweet on Thursday. The Mi LED Smart Bulb price has been set at Rs. 1,299, up Rs. 300 from its crowdfunding price tag. According to Jain, Xiaomi smart bulb will be sold via Flipkart, Amazon, and Mi.com.

According to the Chinese smart devices maker, the Mi LED Smart Bulb doesn’t require a hub to operate and can be set up with just the company’s Mi Home application. The same app can be used to control the smart bulb, including switching it On and Off, setting schedule, changing brightness, and changing colour.

As we mentioned earlier, the Mi LED Smart Bulb is rated to deliver up to 11 years of life and supports up to 16 million colours. The bulb also supports both Amazon Alexa and Google Assistant voice assistants.

To recall, the Xiaomi Mi LED Smart Bulb ₹ 1,299 was launched in India in late April and first went on sale via the company’s crowdfunding platform in the same month. This 10W LED bulb supports up to 800 lumens brightness.