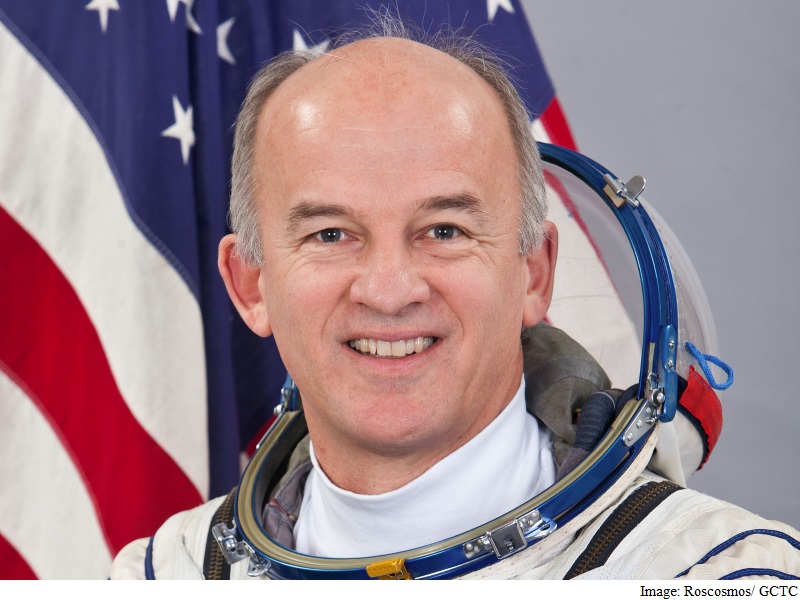 A grandfather of three is poised to blast into space and the record books on Friday, becoming the American astronaut who has spent the longest time in space, Nasa said.

Jeff Williams, 58, is the first American to make three long-duration flights to orbit, and will break a US record set by astronaut Scott Kelly earlier this year.

By the end of his half-year mission at the orbiting International Space Station, Williams “will become the American with the most cumulative days in space – 534,” Nasa said.

Kelly, 52, spent nearly a year in space and returned to Earth earlier this month with a total of 520 days in space, as part of an experiment to test the effects of long-duration spaceflight on the body and mind ahead of a potential future mission to Mars.

The all-time record for cumulative days spent in space is held by Russian cosmonaut Genny Padalka, who racked up 879 days over his career and wrapped up his final mission in September 2015.

“It is a great privilege to be part of this,” Williams said this week on Nasa television.

“I feel very ready to be going back to the space station.”

Born in Wisconsin, Williams graduated from high school in 1976 and went on to become a Navy pilot.

He also competed on the West Point sport parachute team and has logged approximately 3,000 hours in more than 50 different aircraft, according to his Nasa biography.

Flown with 45 people
He heads to orbit on March 18 with over 362 days in space, including three spacewalks.

His previous missions were flown aboard the space shuttle Atlantis in 2000, as well as a trip in 2006 when the station was far smaller – with only two modules and three crew members.

In 2009 and 2010, Williams served as a flight engineer for three months and later commanded the ISS for the remainder of his half-year mission.

“During that mission, he also became the first astronaut to interact live with Nasa’s social media fans and followers,” the US space agency said.

This trip will mark his first visit to the ISS since it was completely assembled, and he intends to document the history of the space station for followers on Earth during his trip.

“I’ve counted it up recently and I think I have been on orbit at the space station with 45 different people over the years,” Williams said on Nasa television.

“This will add a few more folks to that list, and it has been a real highlight of my career and my life to be able to share this magnificent experience with those folks.”

His teammates this time will include Russian cosmonauts Oleg Skriprochka and Alexey Ovchinin.

Williams, who is married and has two adult sons, is scheduled to return to Earth in September.